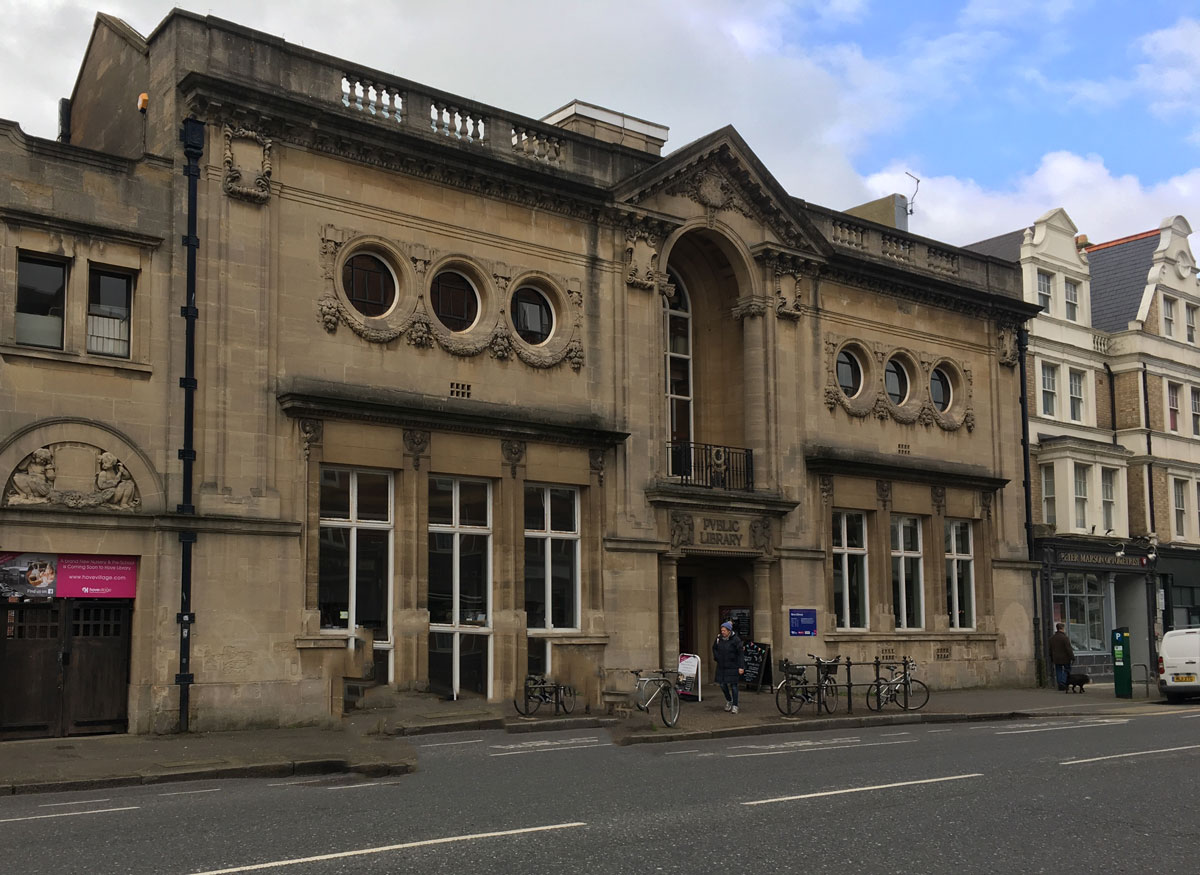 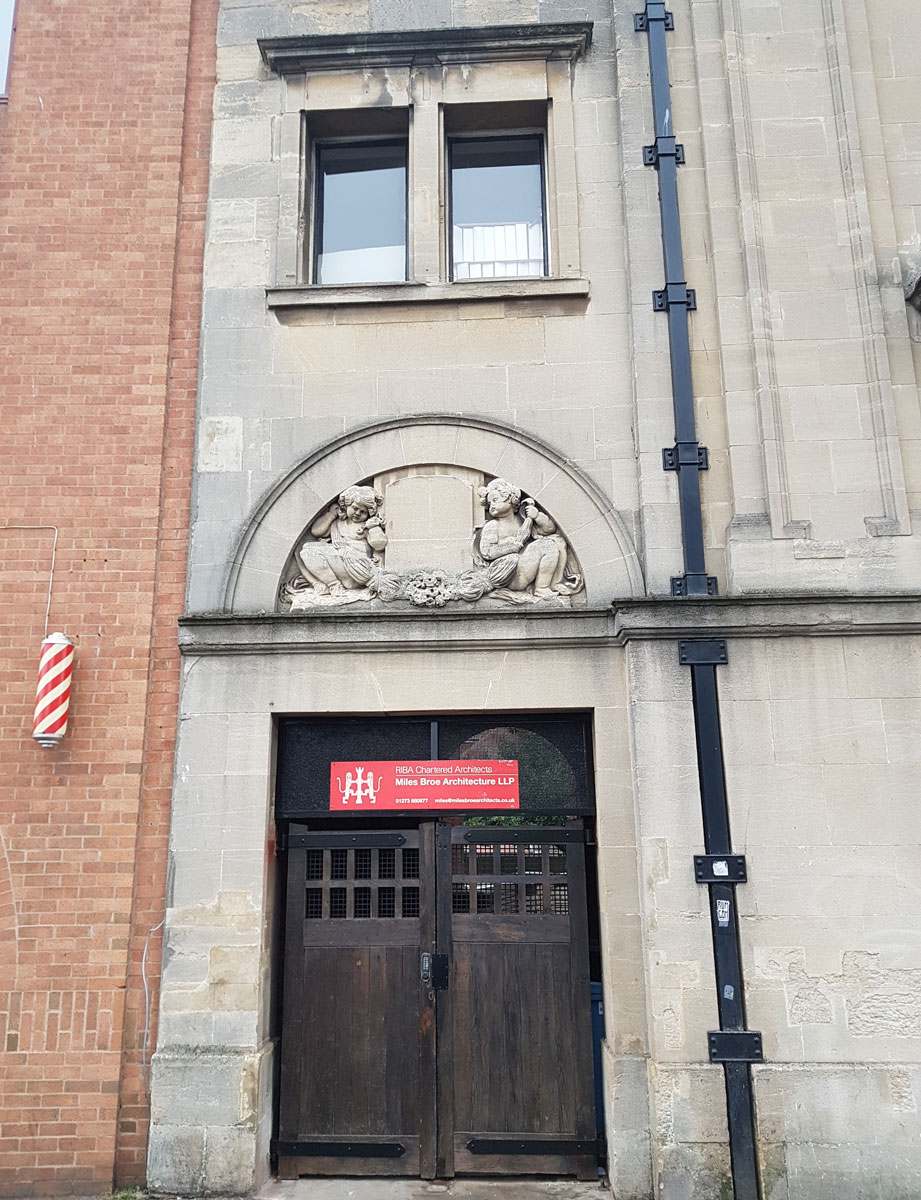 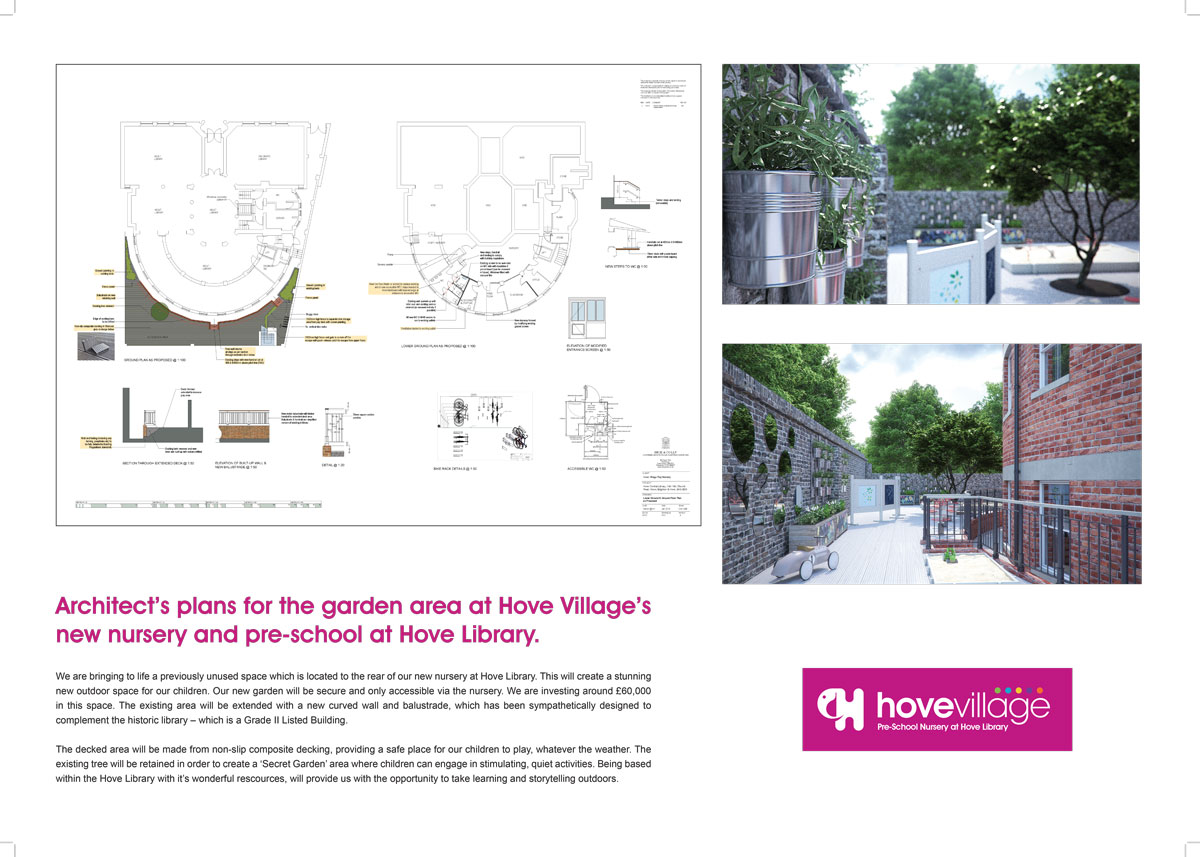 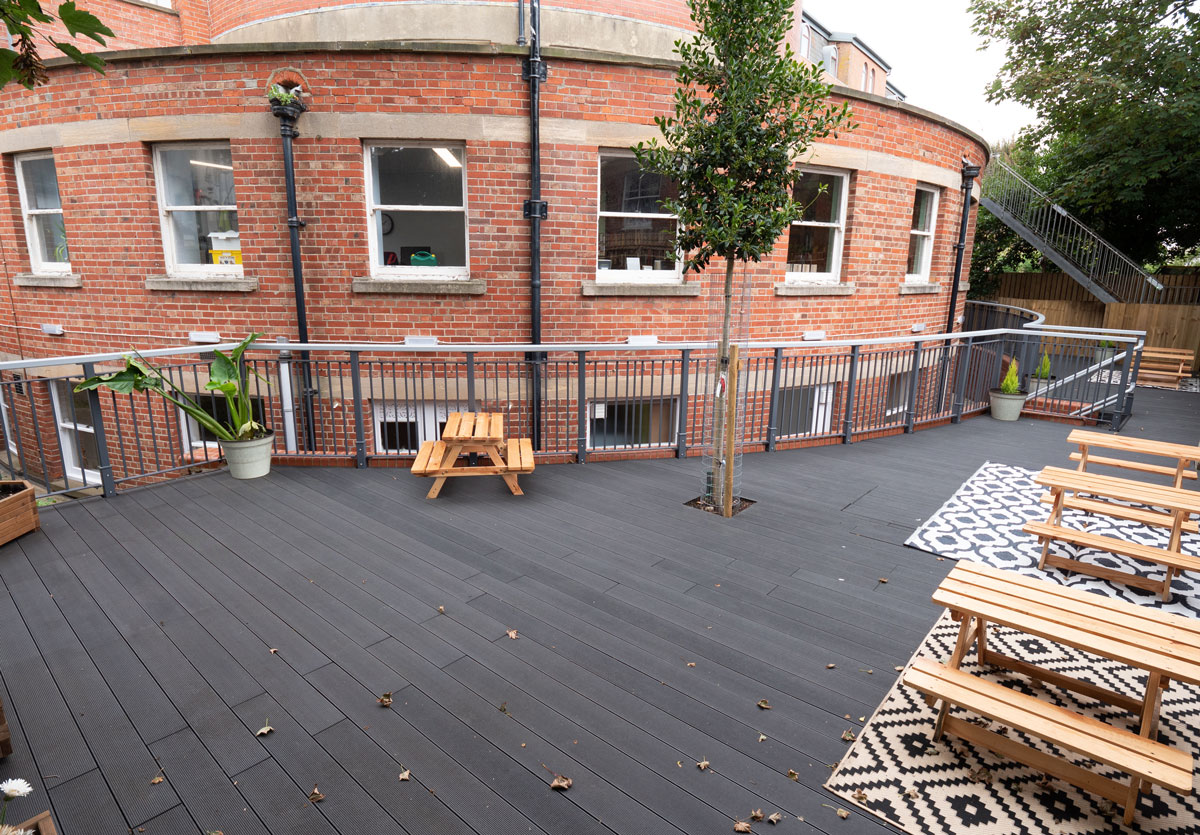 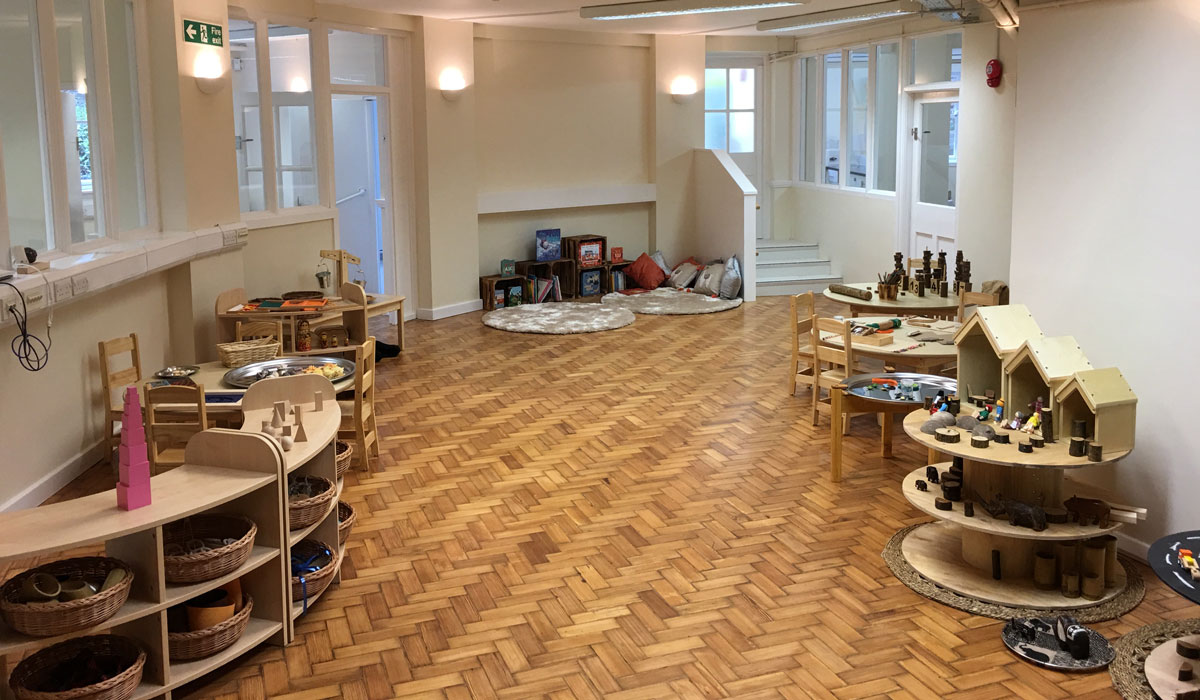 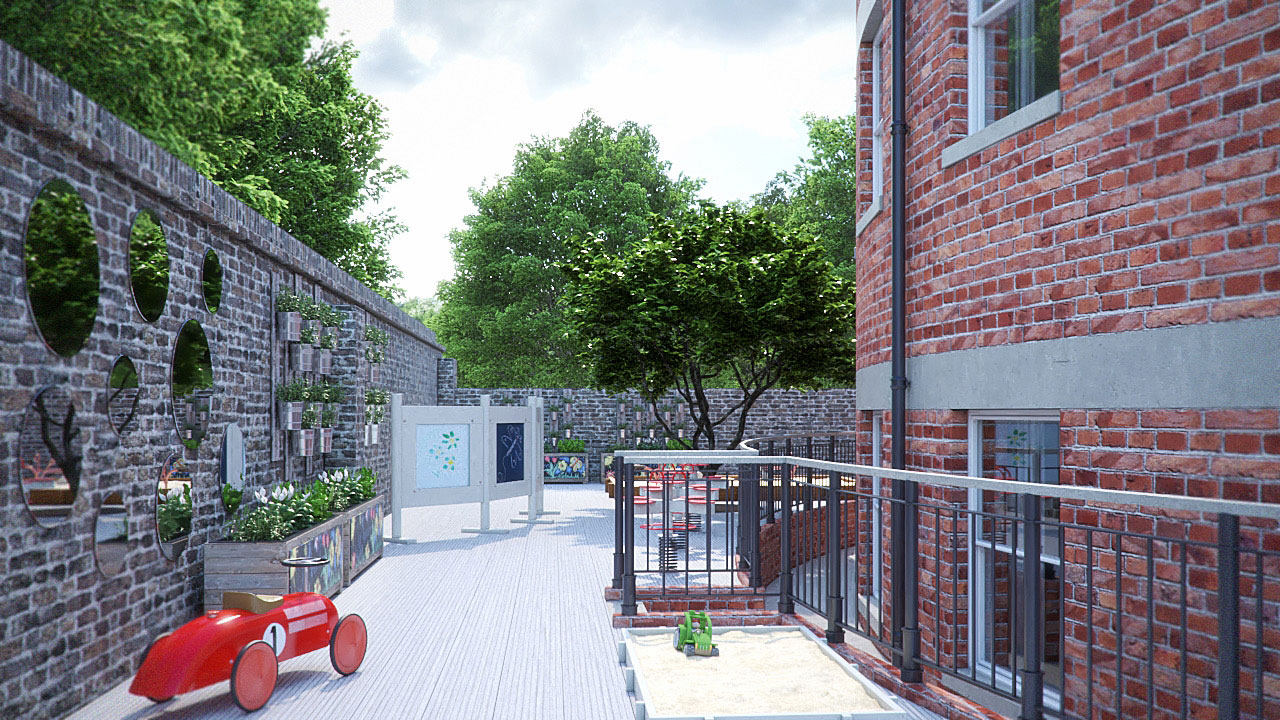 This project is now completed and operating as a toddlers nursery.

SMALL children may take over the lower ground floor of a library.

Hove Village Day Nursery’s plans to take over the space were due before Brighton and Hove City Council Planning Committee today.

Proposed works at Hove Library include extending an existing toilet to create three cubicles and basins for children, creating a new staff toilet and dividing another room into two offices.

Extensive work is proposed for the outside area to landscape it with decking, formal planting and a buggy and bicycle park.

The space is currently a mass of weeds.

Officers recommend that councillors approve the scheme which has received 30 letters of objection and 16 of support from the public.

“This site will be such an inspirational place for young minds to learn and grow.”

Neighbour Michael Furniss, of nearby Vallance Gardens objected to the project.

He said: “The proposal to construct a children’s play area to the rear of Hove Library will have a direct impact on my right to peace and quiet. I have no wish to be subject to the noise of children playing when I am enjoying my back garden.”

A further six letters of objection were received in relation to changes to a listed building.

Campaign group Save Hove has objected to the proposed changes to the listed building and has published two blogs opposing the project on its website.

The group, run by Valerie Paynter, said: “There are no noise mitigation measures and how do you mitigate against the piercing shrill of tinies at full volume anyway?

“Nor can you ask them not to be their joyful, noisy, energetic selves if they are installed in the building.”

The group is also concerned about the loss of three listed radial shelves, leaving only two out of the original seven Grade II listed design pieces.

In its supporting statement, architects Broe and Co said: “The alterations are of a minor nature and carefully conceived to maintain existing features and ensure the spaces are appropriate to the proposed use as a nursery.

“Changes to the rear garden do not impact on any of the listed features and will not be visible from beyond the boundary, thereby having no discernible effect on the heritage asset.”

Central Hove ward Conservative councillor Andrew Wealls wrote to object to the scheme due to lack of consultation and details of noise mitigation.

Labour councillor for Central Hove Clare Moonan requested the application go before the committee due to strong feelings in the area about the library’s future.

The pair held a public meeting at the library last week to discuss the scheme, with Conservative councillorRobert Nemeth and head of planning Liz Hobden also present.

Fly through visuals of our proposed scheme, of 12 blocks of flats in South London

Thank you! Your submission has been received!

Oops! Something went wrong while submitting the form