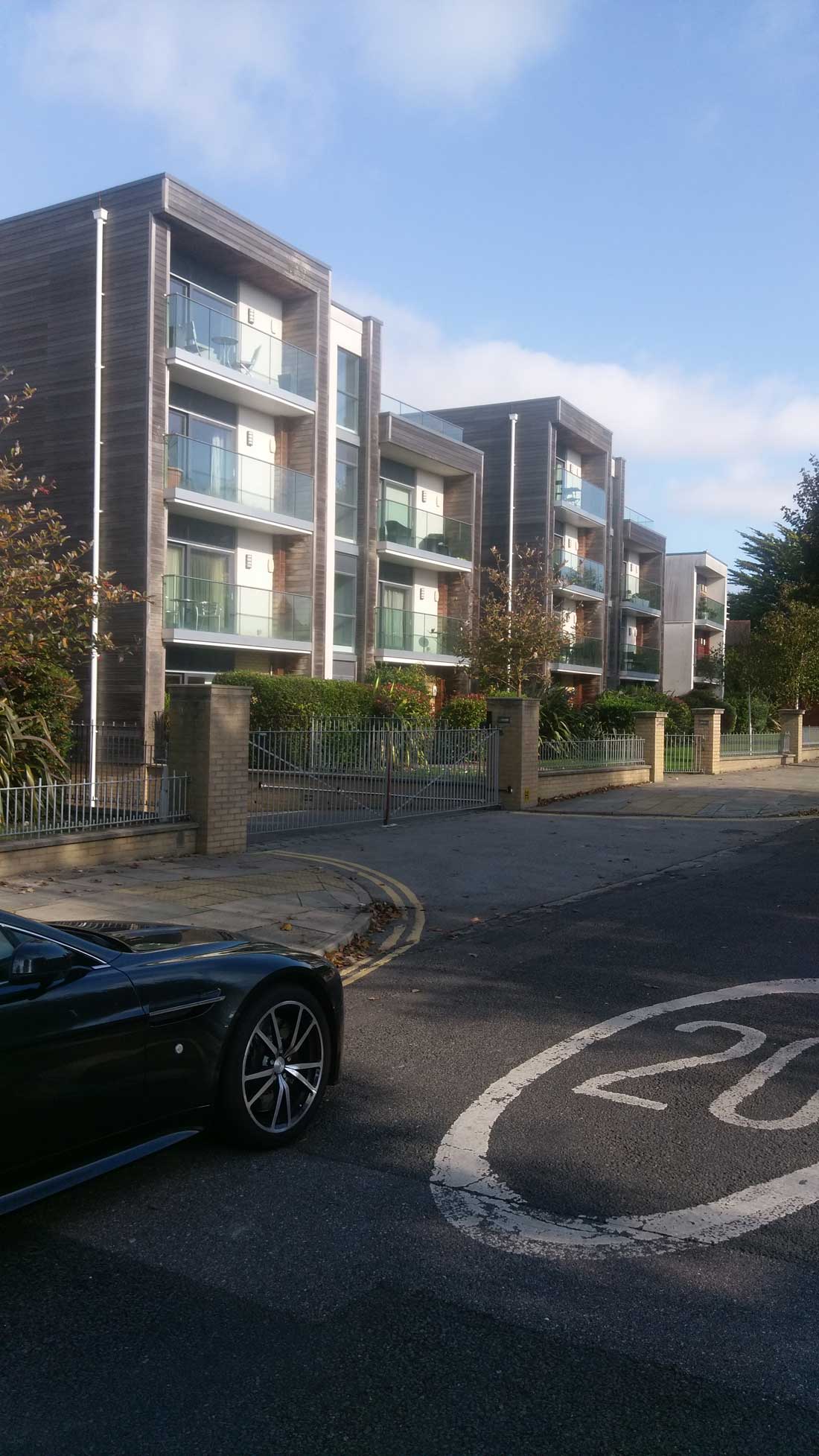 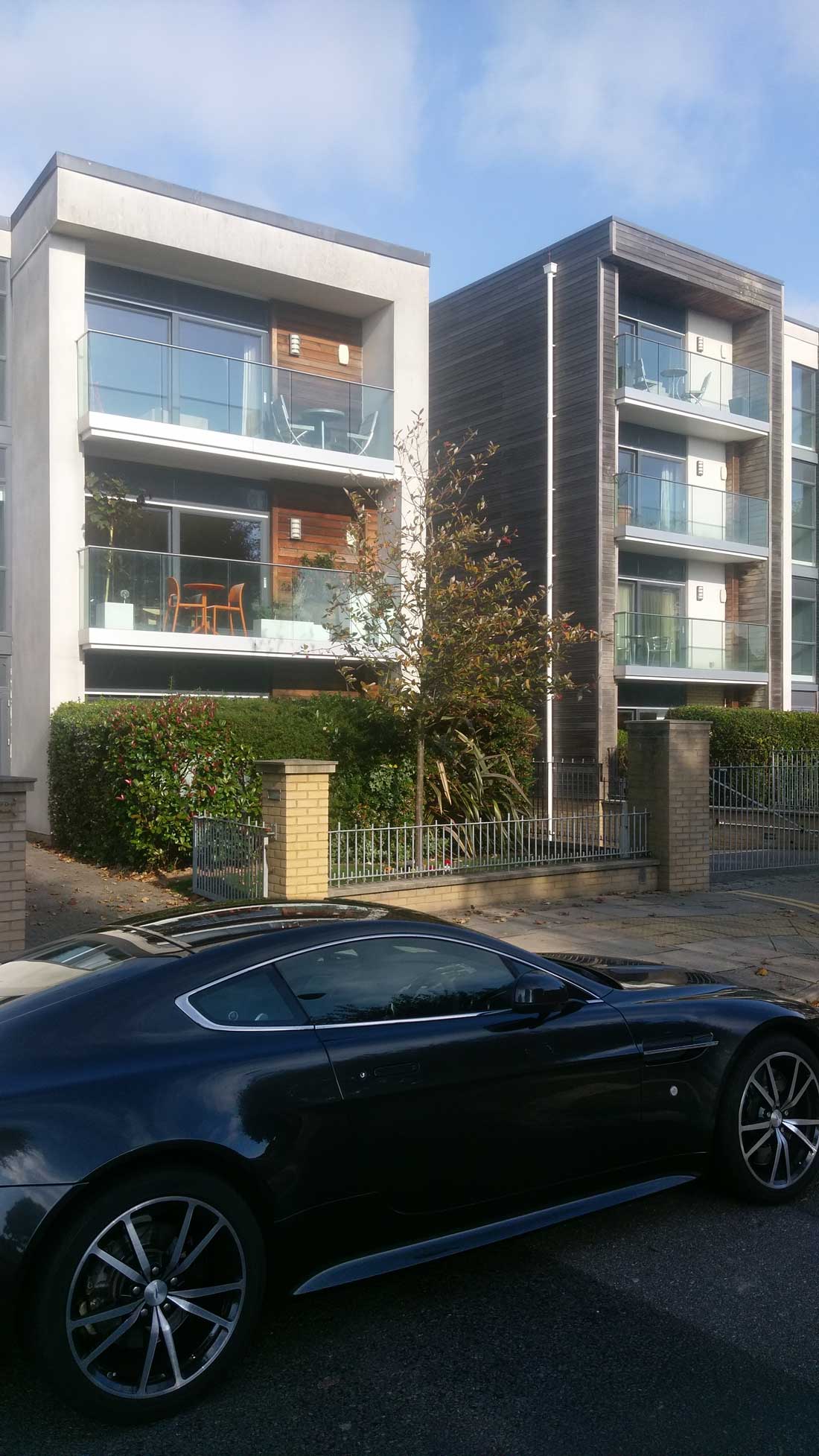 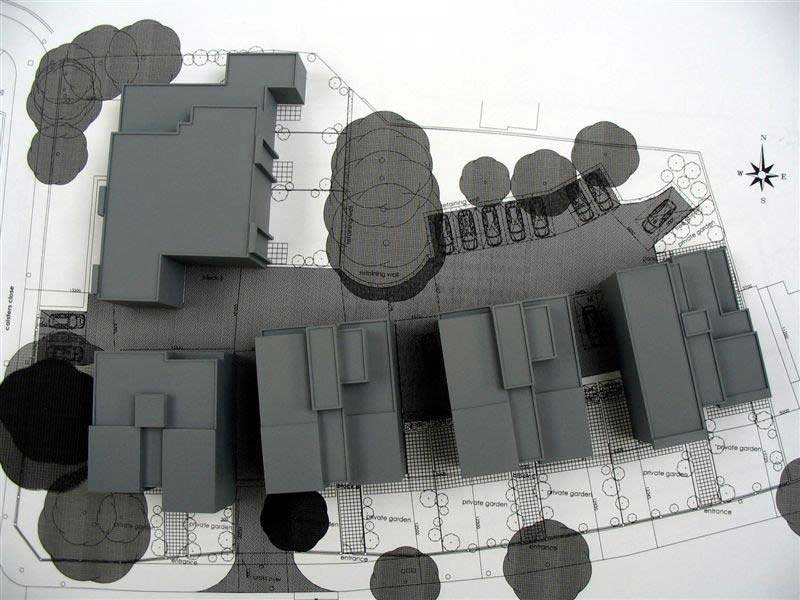 The practice also produced the Building Control and Construction drawing packages and were the project architects throughout the contract period.

The site was procured from Chris Ewbank, the boxer, who owned two houses on the plot and the purchasing Clients asked the firm to assemble a construction team in the South to develop the site.

A separate element of the site was allocated for Affordable Key Worker Housing. The demolition of the two substantial dwellings brought about considerable neighbour opposition, but consent was eventually granted for 5 blocks of flats of three to four storeys. The firm's brief was to provide on-site parking which brought about particular issues in respect of reduced site levels and flood risk. A dimensional balance in respect of Part M accessibility criteria at ground floor entrance level, and the excavation of critical levels and construction zones was achieved.

The project commenced on site during 2007 with a 54 week contract and was completed on time in July 2008. The scheme received an award by the Daily Mail for best contemporary dwelling flat development in the South East and was shortlisted in a LABC competition entered by the Building Control Department at Brighton & Hove City Council for construction / build method and target assessments to achieve an Eco Homes excellent rating.

We are pleased to have gained planning consent for my designs for an application with Dowsett Mayhew Planning Partnership; for additional flats and a penthouse on a scheme built by my practice built in 2008

Fly through visuals of our proposed scheme, of 12 blocks of flats in South London

Thank you! Your submission has been received!

Oops! Something went wrong while submitting the form